Guardians of the Galaxy

Legend of Zelda: Breath of the Wild

Pirates of the Caribbean

Disclosure: We earn an affiliate commission for sales made through our links. Thanks for supporting our home-based business! 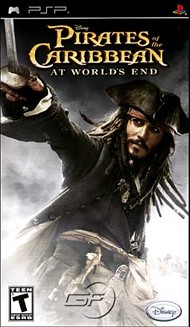 Pirates of the Caribbean: At World's End

PSP - Ahoy, matey! Steer your ship into a swashbuckling action adventure on PSP! Captain Jack Sparrow is back for hilarious pirate mayhem and swordplay in this game based on Pirates of the Caribbean: At World's End. Don the hat of the eccentric Captain Jack, young Will Turner or the lovely Elizabeth Swann, and sail into the world of the films and beyond. You'll tangle with fellow pirates, outwit, outgun, and out-duel the British Navy, and survive seafaring perils including a mysterious whirlpool known as World's End. All hands hoay!